Our favourites In a Vase on Monday

Here is an actual vase of flowers picked from my garden: 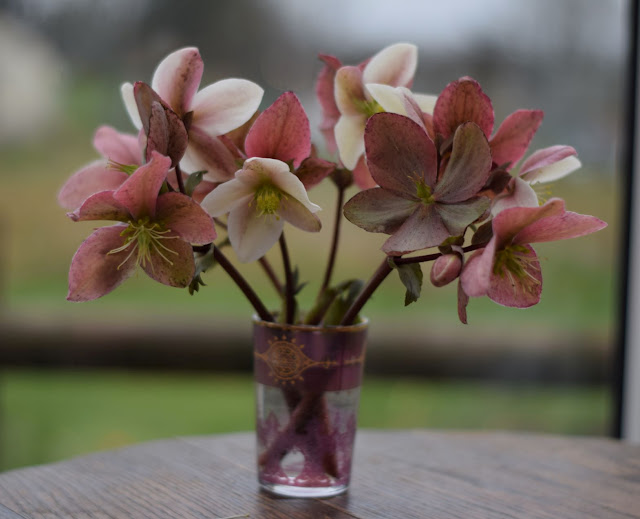 The gardeners' favourite Hellebores. Last year I saw these plants on sale at a local budget shop. They looked pretty, I thought, and perhaps more robust than some Hellebores. I patiently waited until the plants were reduced and then bought a couple, as they were not cheap even in the budget shop.
I've already been rewarded with weeks of flowers and popped a few in a gift posy last week. (The only one I've done so far this year). Now that the seeds are setting, I think it's save to cut a few.
As usual some close ups: 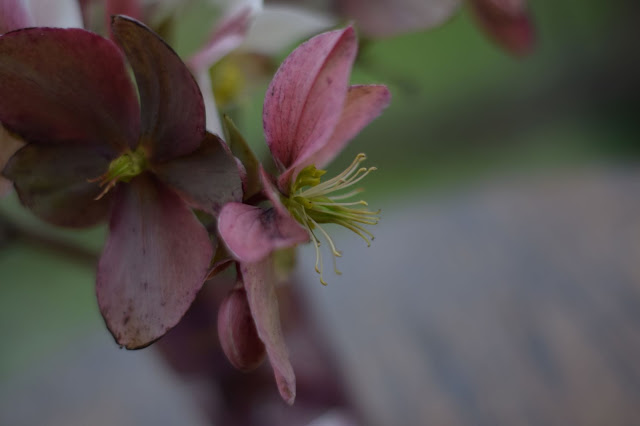 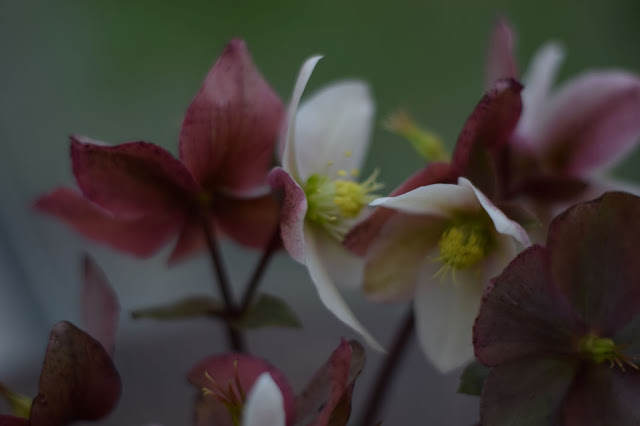 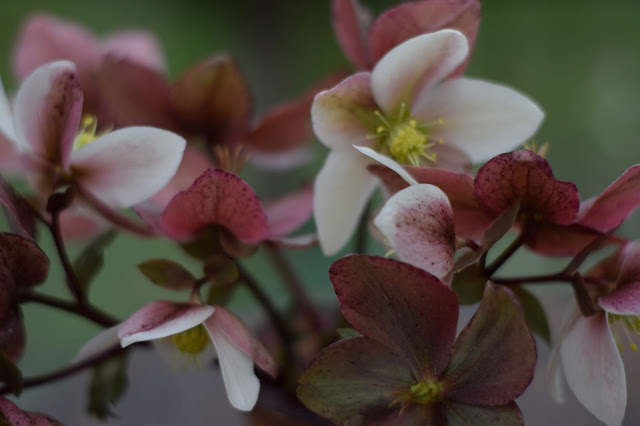 Will I feel the need to buy more this year when they are in stock?

Thanks to Cathy for hosting In a Vase on Monday over at Rambling in the Garden.
Posted by AlisonC at 09:33 10 comments: 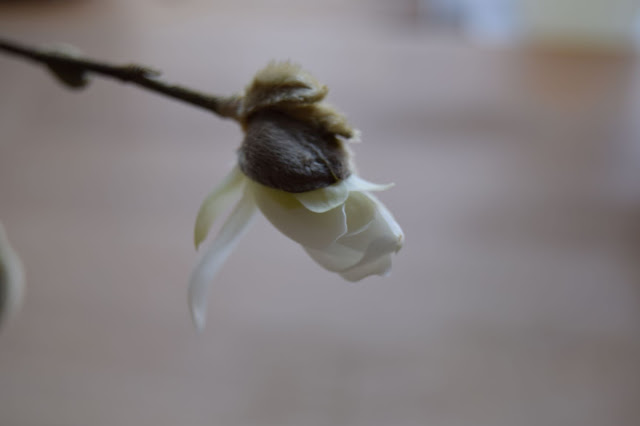 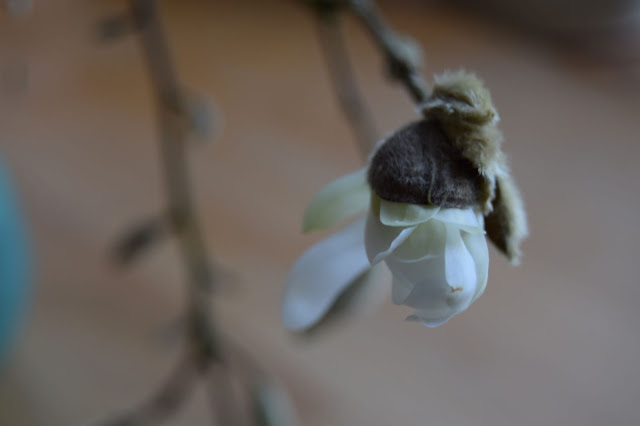 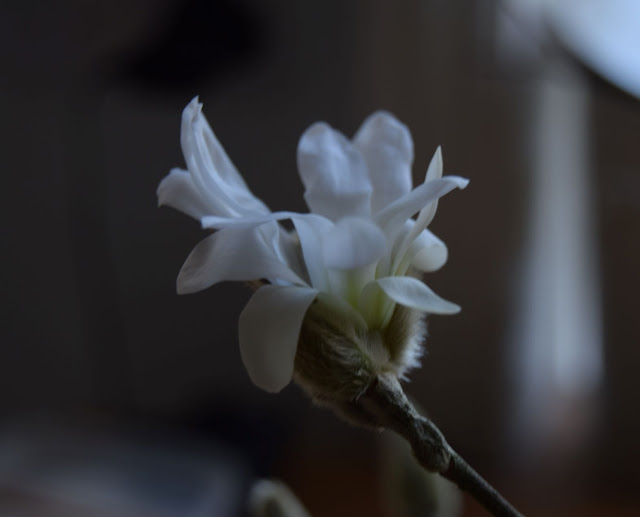 Catkins and update In a Vase on Monday.

Morning everyone, I hope you are all still standing. If you are not in the UK we have been battered by Storm Ciara with strong winds and heavy rain. Mostly ok here I think, but marsh like again. I did enjoy the dry days we had last week.

Here is a quick update on the Magnolia 'Stellata' buds in my vase last week. 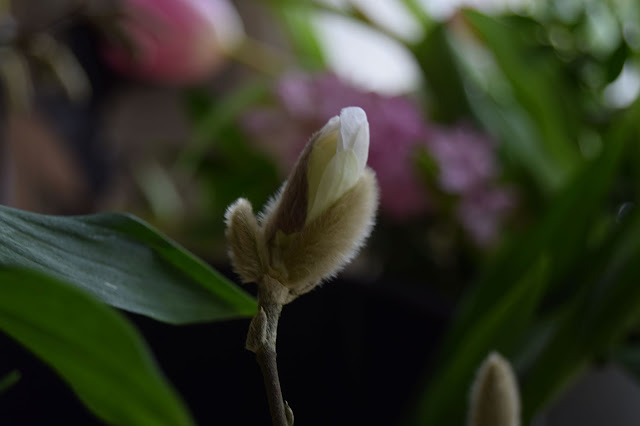 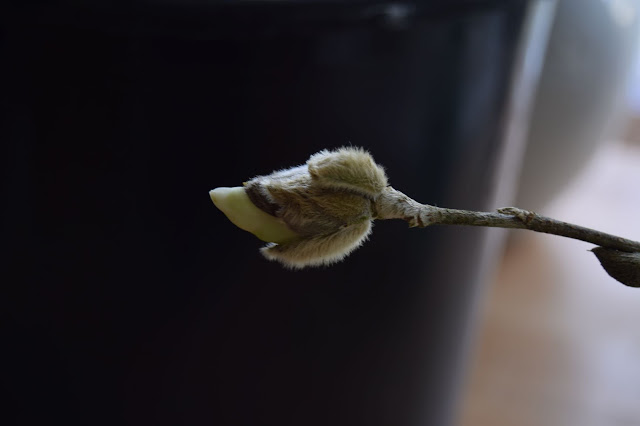 Some of the buds are definitely fattening up and showing a bit of white. How exciting! I wonder what else I can bring in.

Today I have a few Catkins in a vase. I cut these last week so did not have to brave the storm. Yesterday was a dreadful day but meant I caught up with lots of indoor jobs. Today is not much better.
Last week I was down on my hands and knees and really enjoyed seeing new growth and new life appearing all around. Hope for more colourful vases soon. 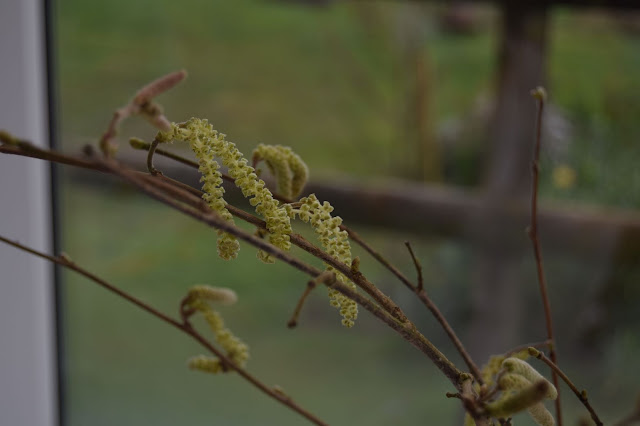 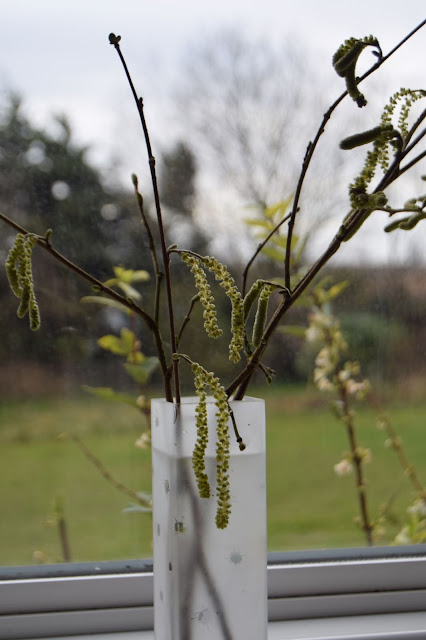 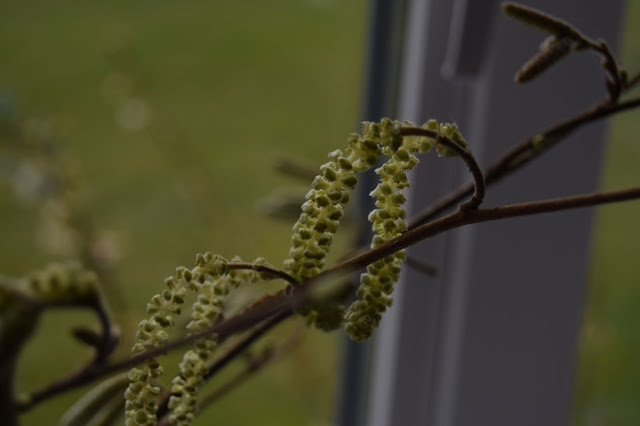 You can see my Lonicera fragrantissima flowering away outside the window. I do bring twigs in but find it drops bits everywhere.

Drop in on Cathy at Rambling in the Garden to see what everyone has salvaged to put In a Vase on Monday.

Buds In a Vase on Monday 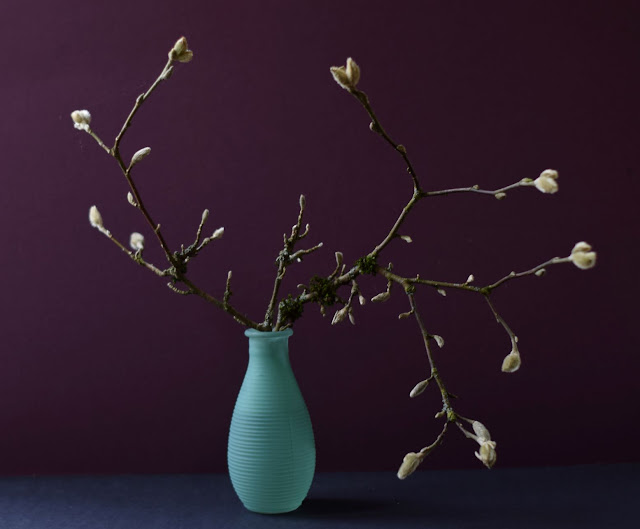 I've got a jar of twigs here. Not just any old twigs though, they are Magnolia 'Stellata'. It was planted here when we came and does not disappoint when it flowers for a few weeks in spring.
I read somewhere, sorry I've forgotten where, that if you bring in a few buds they will open in the warmth. Hope so.
The twigs are covered in lovely moss and Lichen so are very pretty to look at. I thought Lichen was a sign of clean air, I'd be very surprised as we live on a busy road but perhaps it is true as we have quite a lot.

I managed a little weeding this morning before the drizzle started. Safe to say I am not keeping up with my January plan but this is a new month so new start. Perhaps a couple of dry days?

Pop over to Cathy at Rambling in the Garden to see what everyone else has found to put In a Vase on Monday.
Posted by AlisonC at 16:51 12 comments: