I have in the past found that when I sow sweet peas straight into pots I often lose about one third of the seed as they just rot. I think I overwater.
So I have developed a system, by no means original, of germinating on kitchen paper.
I soak the seeds overnight if they are beans or peas and then put then on a folded piece of wet kitchen paper. 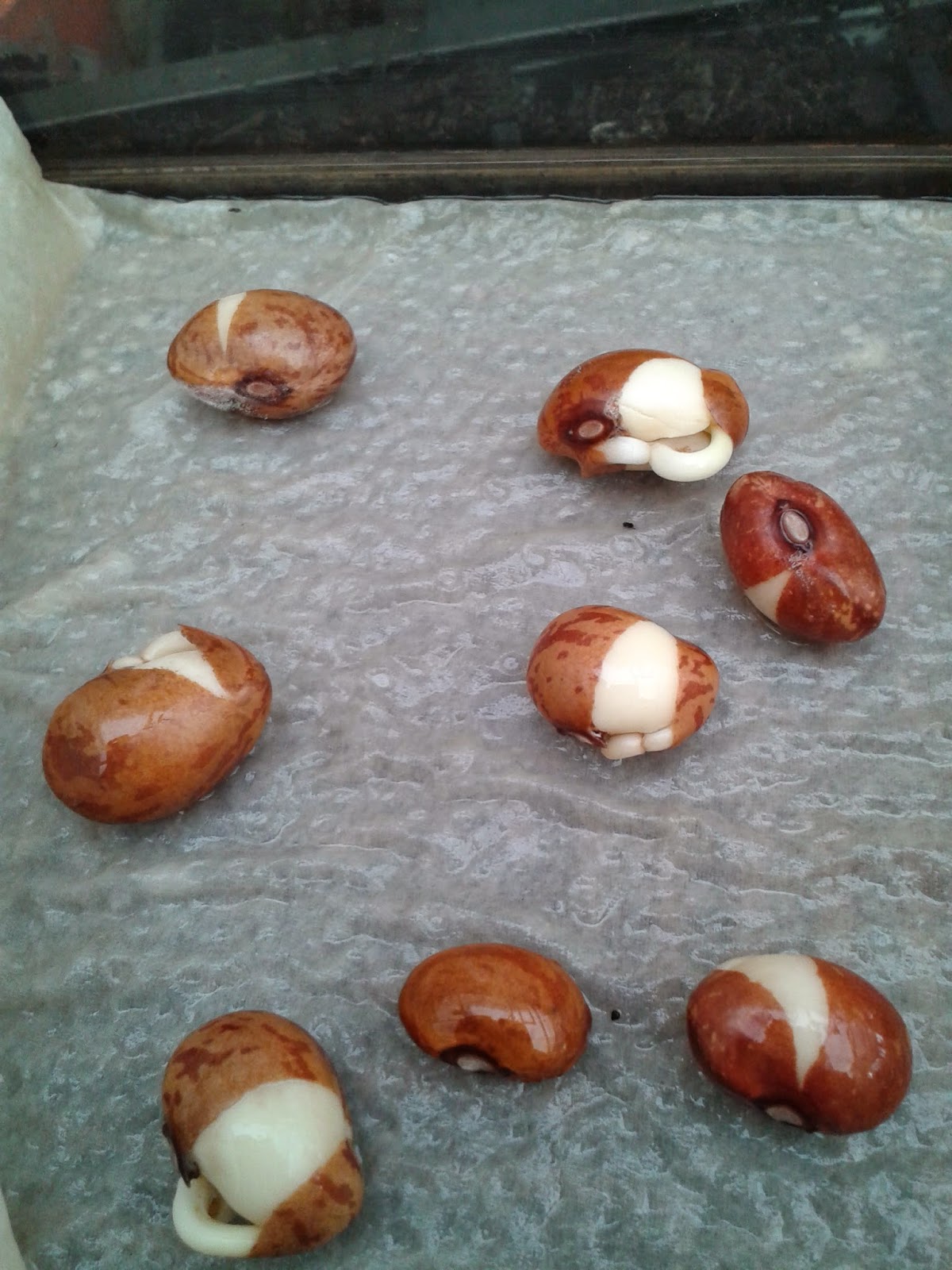 Roots start to show first.I fold the top half over the seeds to keep them damp and try and remember to look at them every day. This is a few days growth. You can quickly see if any are rotting and throw them away. 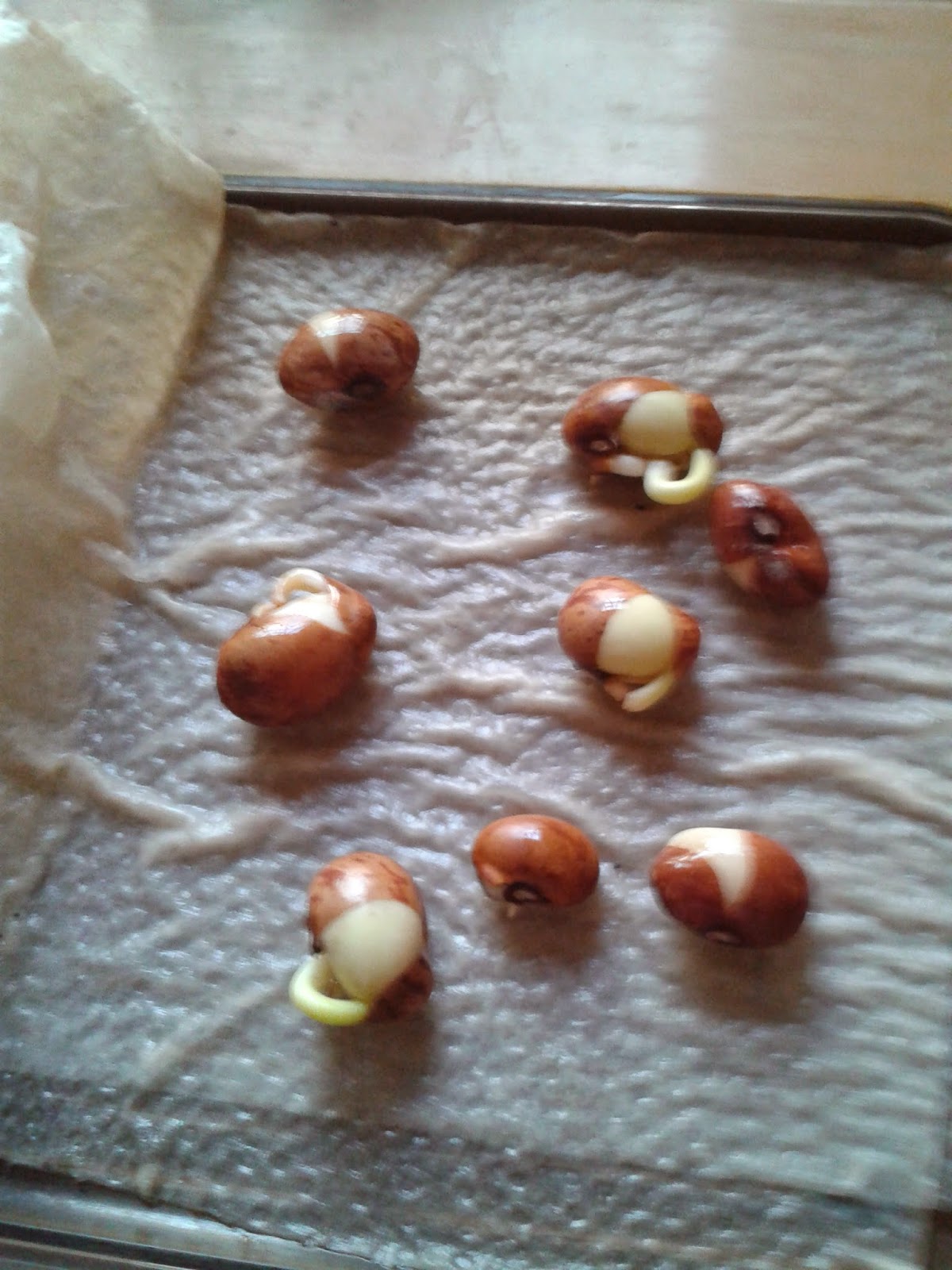 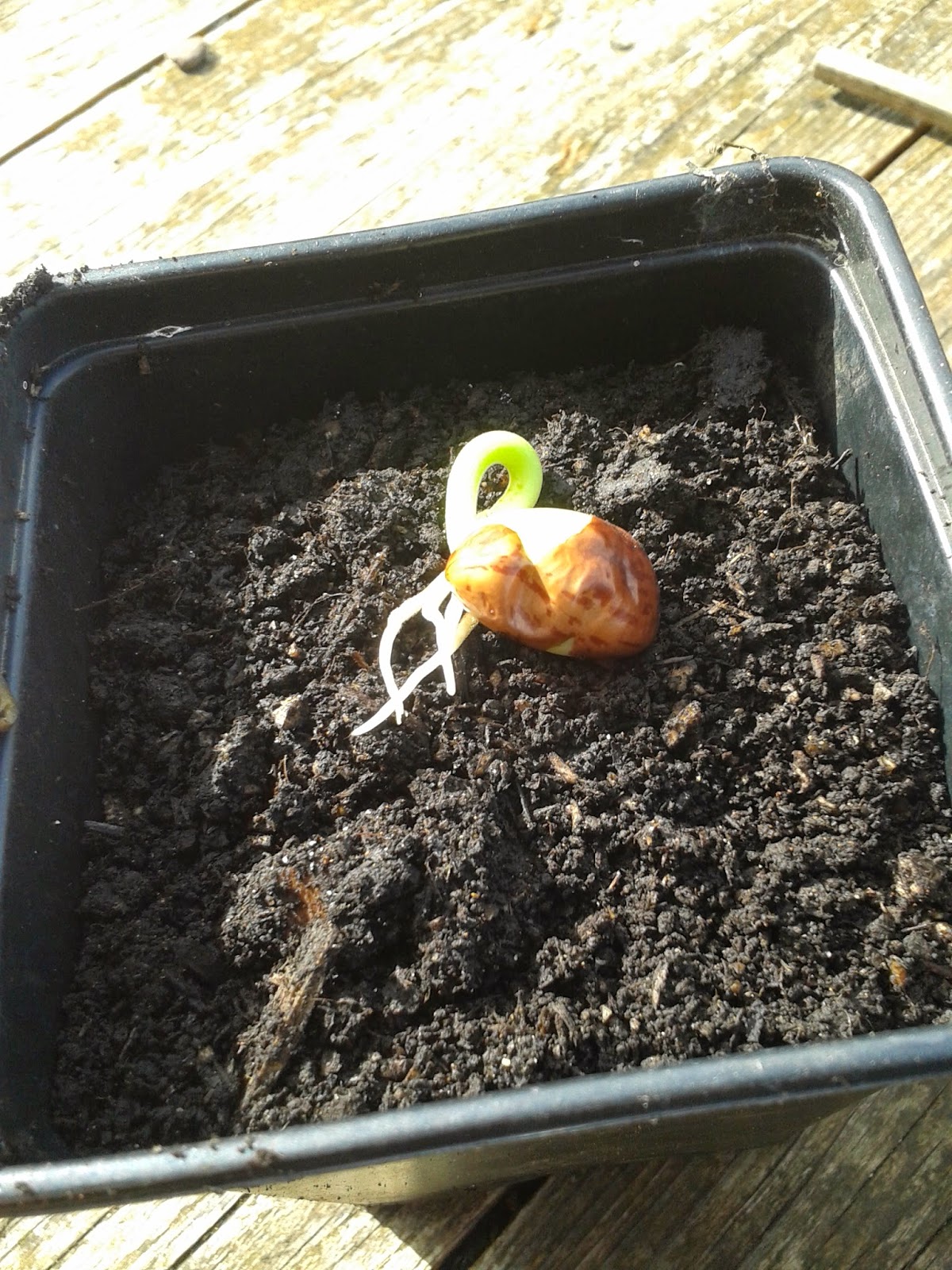 Pot them up when they are growing well. Reminds you of school doesn't it? It is so exciting to actually see the growth. 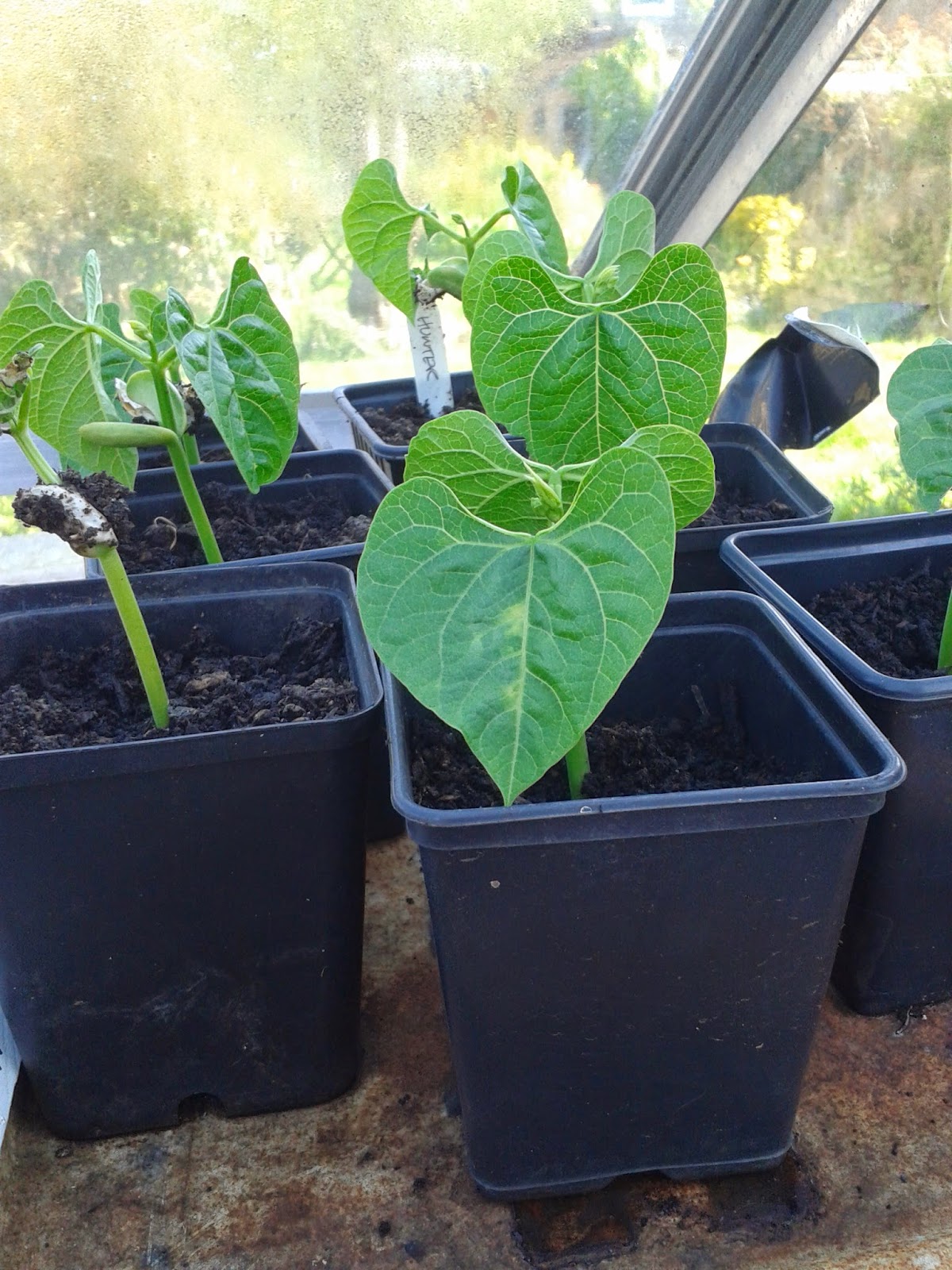 A week or two later.
Then outside after hardening off. 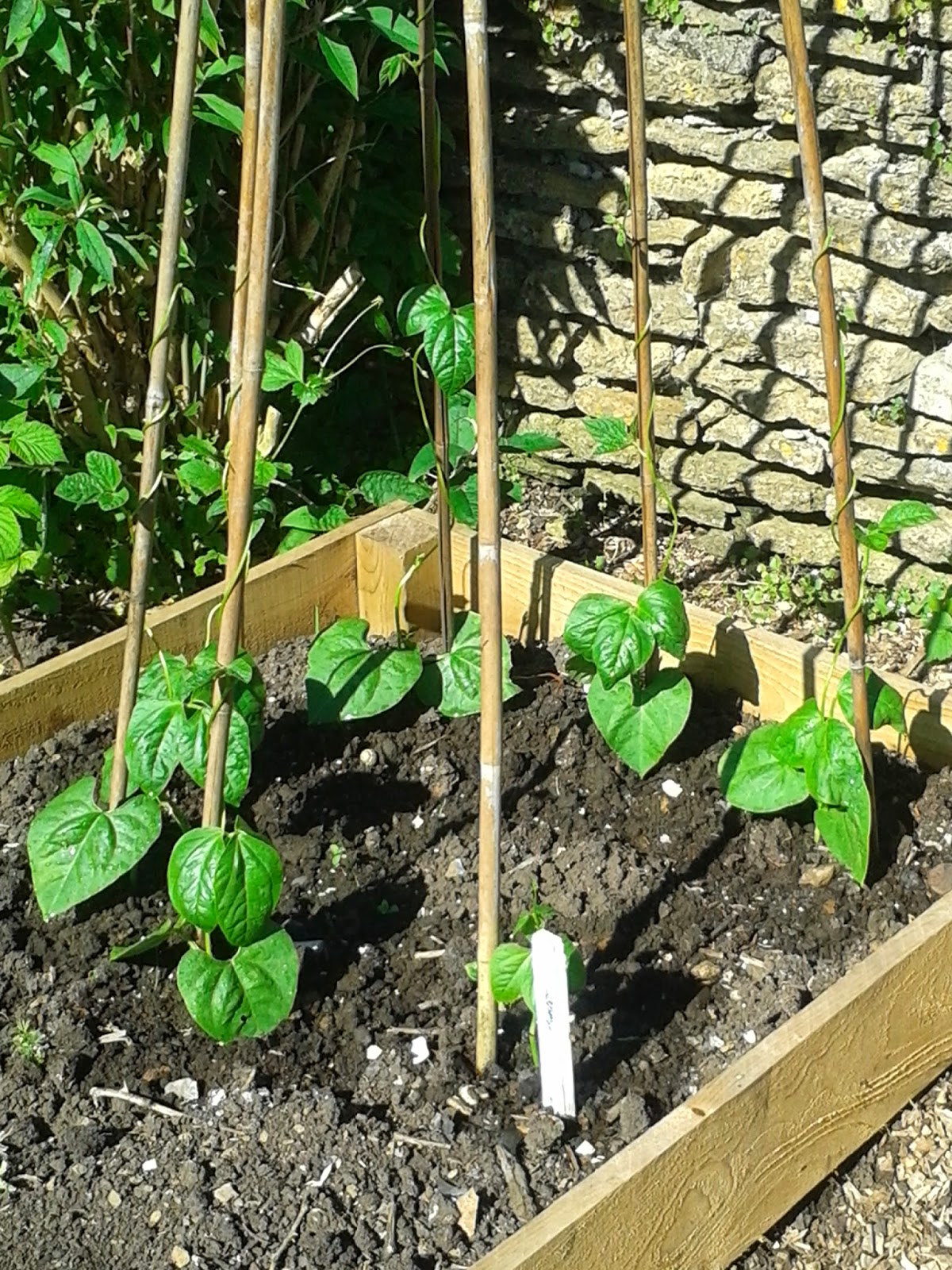 These were germinated in this way and are now heading up the canes quite happily. I have probably put them out a week or two earlier than usual but the weather is warmer this year so fingers crossed. xx
This year I have also been germinating old seed and lettuce in the kitchen. With old seed you never really know if it is still viable. I don't soak small seed, just put it on wet paper. If it hasn't germinated in a few days I assume it isn't going to and throw out. Sometimes a proportion of the seeds will germinate. This saves compost and the effort of sowing and re-sowing.
A few days later I can be seen with a pair of tweezers and my glasses putting the tiny seedlings into trays of compost. I have managed to germinate some Zinnias this way which did not come up in the compst. I thought I'd give them one final chance before ditching the packet and I'm glad I did.