Time for twigs In a Vase on Monday

It's December so slim pickings in the garden in the UK.
I still have a few Chrysanthemums flowering and some even outside. Avignon Pink has not liked the rain but another one, which might be Porto Purple, is still flowering valiantly.
I recently pruned/ trimmed some willows and here are some of the prunings in my vase. 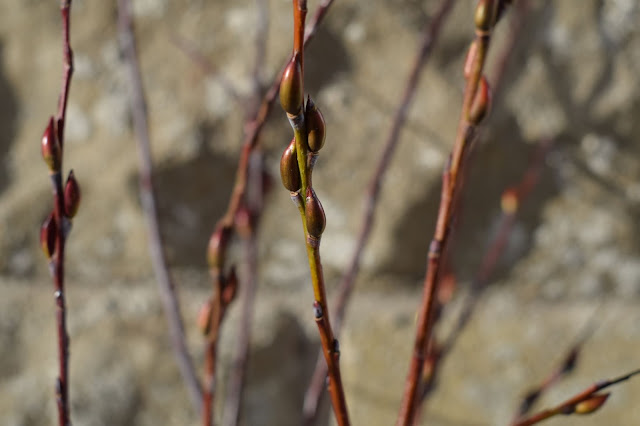 Most of these have pretty red stems and I will have the name somewhere but it might take some searching to find it.
These willows are not particularly tall and I hope that by pruning I'll encourage more growth. I brought a few in and saved the rest for weaving/construction/supports in the future. 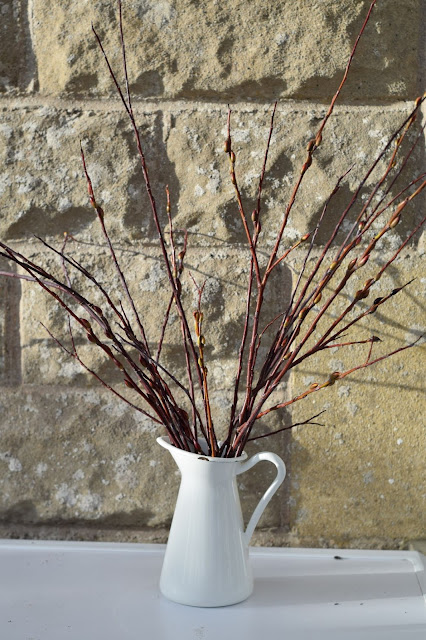 We had a comedy  moment when one of our cats had a little play with the trailing stems. Mr C dived across the room shrieking 'Is there water in that vase?' and saved the day! I thought it was funny but he didn't and I had to move it.

Cathy at Rambling in the Garden is working along the same lines this week. Join in here.
Posted by AlisonC at 11:14